Magic happens when you allow it

It has been 7 weeks since I left Amsterdam. I was planning to be on the road for some weeks only, but events led me to keep on going. And now I am back (again) in my old home-town: Barcelona.

I keep saying it, but it keeps amazing me how wonderful it is to hitch through Europe. This time things were a bit tougher than usual, I have been hitching through the night, had to sleep outside several times in parks and petrolstations, but every time there was a beautiful spot or people to help me out. And one night I even had a cat to accompany me.

Also, arriving at your next destination is even more wonderful when it takes you 3 or even 5 days to get there. From East Italy to Barcelona, with a stop-over in Avignon (France) to pick up a friend, took me that long. But somehow the rides and drivers, and how fluidly it moves into each other is simply beyond imagination… when you allow it to happen 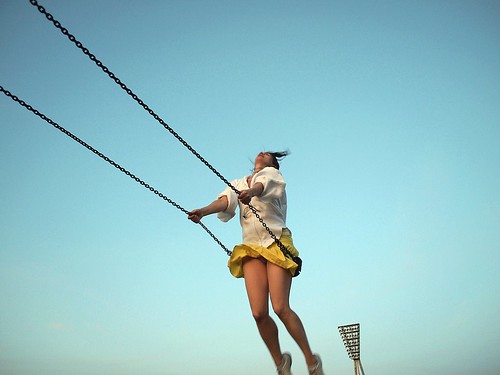 For more than a year I was looking forward to this month. The 7th of August 2009 was going to be the best hitchhiking day this year, I had this feeling in advance, but in reality it turned even better than expected.

First of all, I picked up a fellow traveler from a petrolstation rigth behind Krakow in Poland, 24 hours after a non-stop travel from Amsterdam. Being completely tired, only two rides further we were invited by a Polish family for bed and dinner.

Some days later and many rides and crazy adventures including a round trip through some Ukrainan mountains to get to the rainbow festval, we arrived for the 789 festival in Odesa just in time (3 at night), thanks to numerous people, including a zen driver and two angels.

Things didn’t stop amazing me during this trip. I did not have any real plans, and so a week later I found myself back in Berlin, at a house that resembles the casa in Amsterdam very much. After having spend 10 days here, making new connections and helping to sustain the community, I now plan to go south again by tomorrow, heading to Italy. And who knows what is next.

Life really is what happens to you while you’re busy making other plans.

Jobs and me don’t go well together and the only reason why I liked my last job so much was because of the hitchhiking. I did it twice a week, up and down to Den Haag without much troubles. I had great rides, received fantastic stories and shared many things with the more than 50 drivers within 6 weeks of working and hitching. I even started writing about it in Dutch on a new webpage that I called “hitching works“!

And as if it was bound to happen: the day I had quit my job again, the day I was on my last day of hitching to work, I got offered new work by one of my drivers. I could not have been two seconds later at my usual spot as I was instantly picked up by her. Barely 15 minutes later she offered me to work for her, by making a television show about sustainability…

The show is already made and even broadcasted. It was a great success. The presentors and other members of the team were very happy with the work done and there is even the possibility to make more shows for them after the summer. And in addition, during this last day of hitching to and from work, I even got offered a bottle of wine by my final driver who dropped me off at my house.