Hiking in and around Amsterdam has become one of my favourite outdoor activities for a couple of years now. Getting out of Amsterdam is easy, and there are great hiking trails and walking paths outside of the city to be discovered.

I have no car, which is an advantage in fact. I am actually able to get nicer routes. Especially since I do not have to walk in a large circle in order to return to the same parking eventually. I have found beautiful routes that are easily accessible by public transport, such as train and bus. With this post I would like to share my experiences and what I have discovered so far. 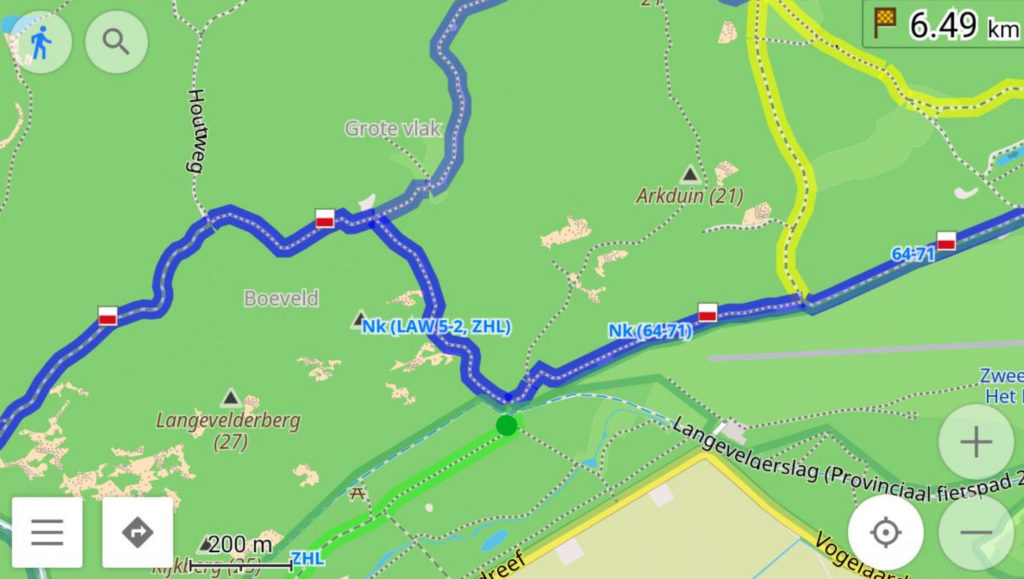 I recommend using the following resources and apps

Route 1. From Overveen-Haarlem to Santpoort

I live close by Amsterdam Sloterdijk station, and from there I take the train to Haarlem or to Overveen. I take the train back from Santpoort Noord or Santpoort Zuid station (notice, this is not Zandvoort!). At Haarlem starts a long-distance trail called Nederlandse Kustroute. This in fact is a much longer trail that starts in Zeeland and ends in Den Helder. The route is cut in daily routes around 20km. Easily to be done in 4-5 hours or more if you take it easy.

Following the route is very simple. There are GPS tracks you can download here. But if you use your eyes well, all you need is to follow the red/white hiking symbol for long-distance trails. See below for an example.

Sometimes there are multiple route options. This route goes along the beach at some point, but if you use the OsmAnd app you can see alternate routes that just passes through the dunes. The route is approximately 16km but can easily be extended.

Route 2. From Castricum to Schoorl

This is a longer route, around 35km. I start by taking the intercity train to Castricum. This station stops next to the Dunes. First, I follow the NS route called “Noord-Hollands Duinreservaat“. The GPS file is available there too, but you can also simply follow the same red/white symbols as shown in the picture above.

After reaching the destination of this NS route, which is Egmond aan Zee, I keep on following the same coastal route as mentioned earlier all the way until the large Klimduin (Climbing Dune) at Schoorl. From there I take a bus back to Alkmaar station. You will pass by some of the largest dunes of the countries, a well as lots of forest and the nicest dune tracks of the country. Especially from Egmond aan Zee towards Bergen aan Zee. 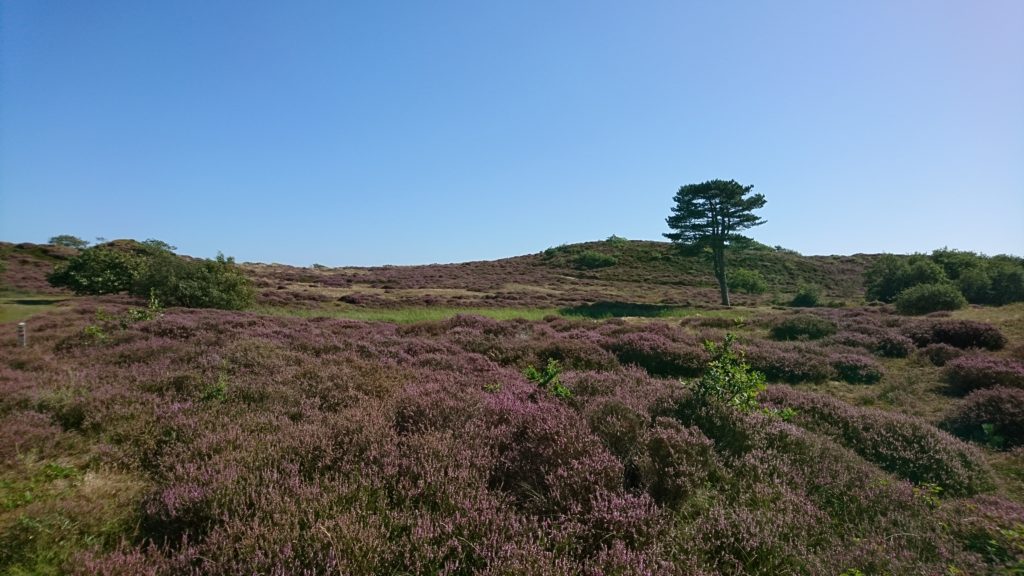 Route 3. From Haarlem to Noordwijk.

When starting at Haarlem this route is 33km. You can also take bus 80, shortening the route by 5 km. This bus starts in Amsterdam at Elandsgracht, and you get off at the stop Zandvoort, Waterleiding/Nw. Unicum.

Following the route is easy, just look out for the red/white hiking symbol. The route is very pretty, featuring forest and the typical dune landscape. Along the way you are sure to encounter some deer. At Noordwijk, you can take the bus to Leiden station and from there continue your journey back home. 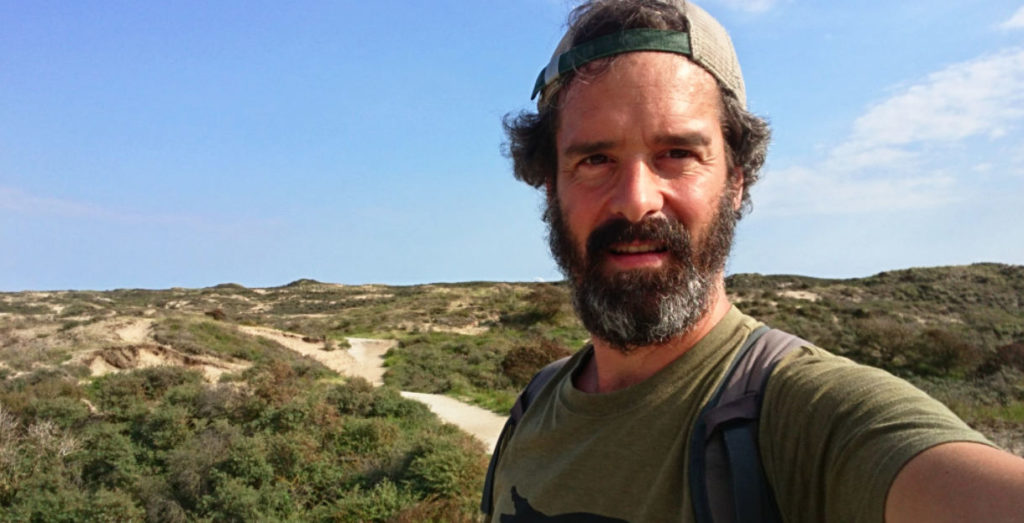 It is important to actually practice. Especially, if you’re not used to walk distances, it’s important to do some training. I have several routes inside the city that allows me to do shorter and longer routes. I have several 5km, 20km and 30km routes. They are mostly all green routes, with very few cars.

One of my favourite routes goes from Erasmuspark, Gerbrandypark, and keep on going straight all the way towards the end of Osdorp, turn left before entering the Tuinen van West, go through park De Kuil, and passing the pretty inland polders to Lutkemeer. From there I follow the Ringvaart (the large canal at the end of the road) towards Halfweg, where you will trains to Amsterdam as well as bus 80 towards Elandsgracht.

Another favourite route of mine passes Erasmugracht, Gerbrandypark, Sloterpark, Piet Wiedijkpark, Christoffel Plantijnpad, Amsterdamse Bos and Rembrandtpark. It’s 18km long. You can check the GPS route or see the map here below. 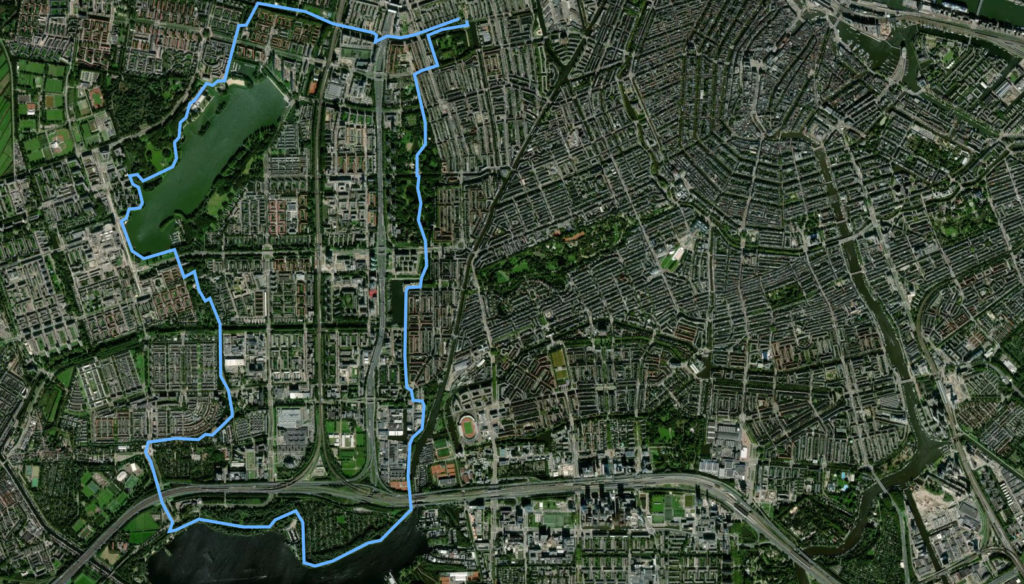 The routes I have taken so far, start at Amsterdam West. But also in Amsterdam Zuid or Oost, you will find very scenic routes that are easily accessible by public transport.