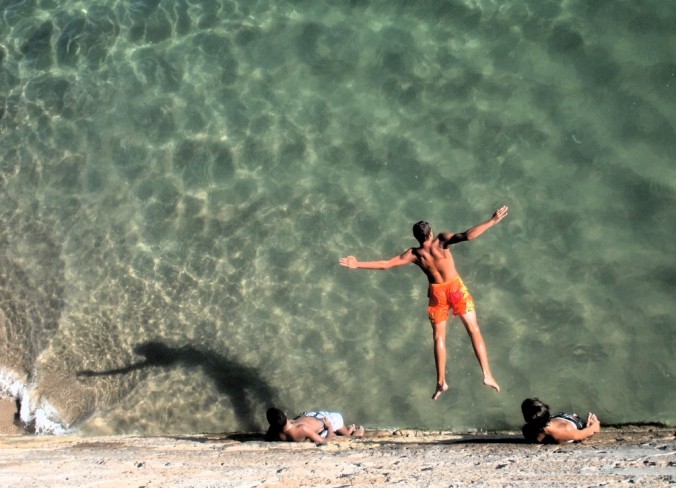 How one thing leads to another. How one ride goes into the next. Always bringing me further. I surrender to the route that is shaping me.

Grounded on earth, but flying like a bird. How do I decide what is next? I leave it be, I wait for ideas to come, play with them; juggle to see what stays up and which one lands in my hands.

Tidal waves come in and splash their drops. There is salt on my body and I allow the rain to wash it off. Naked, I deeply wish to always be.

Roaming freely, looking further, while taking my time to embed my feet… trusting what is underneath.