Turkey, finally I made it! The border of the Ottoman empire used to be here in the capital of Serbia, Belgrade. Although almost three hundred years ago for the last time, those in total five-hundreds years left a great influence without a doubt.

It had already started in Slovenia, with only two types of coffee: Turkish coffee and ‘other coffee’. But here in Serbia there is a lot more. The typical dishes are Turkish, many people look Turkish even, and the chaos in Belgrade makes it a little brother of Istanbul. The language is different but they share one thing: I don’t understand a single word..

I am staying in a small house outside the city close to the biggest hill of this region. I climbed that hill yesterday, without navigation -only my own sense of direction- and while hiking I saw some beautiful sceneries, landscapes, half-build houses and old farmers walking around those hills with their goats.

Only in the end -when it was getting dark- I got lost. So I walked to some men sitting outside of a larger house in the veranda, only to discover ten minutes later I already had arrived close to my new home. A Serbian guy who lives in Canada brought me back on the road. 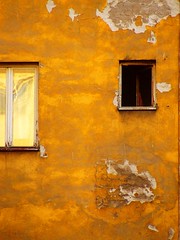 In fact I met many helpful people here, as well as on my way to Belgrade. I hitched from Zagreb with 80 kilometers an hour, close to my record. I had a quick lift to the start of the highway where about ten cars stopped to tell me they were going into a different direction, to be picked up by someone who only brought me 15 kilometer further.

He dropped me right on the highway. It was where the highway splits into two, one for the direction of Hungary, and the other to Serbia and Bosnia. Way to dangerous I thought, but got out anyway to take the gamble when he said, “this is how we do it in Croatia”.

Only half an hour later I got picked up by a Polish driver who dropped me again at a rest-area. Turkish trucks made me doubt for a minute if I maybe should be heading straight for Istanbul but then I found quickly a BMW going to Belgrade in just one go, dropping me at the center of practically the main capital of the Balkan region and by far the biggest city I have been since Munich.